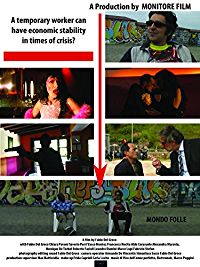 Luca is poor and works, precariously, as a waiter. He lives a problematic relationship with his girlfriend, and his life is full of doubts. One day Luca meets Chiara, a friend who had studied philosophy with him at university. She has realized her dream opening a night and is now well-off. Luca leaves everything behind and starts a relationship with Chiara. He manages the nightclub with her and, t